Get out to Vote! 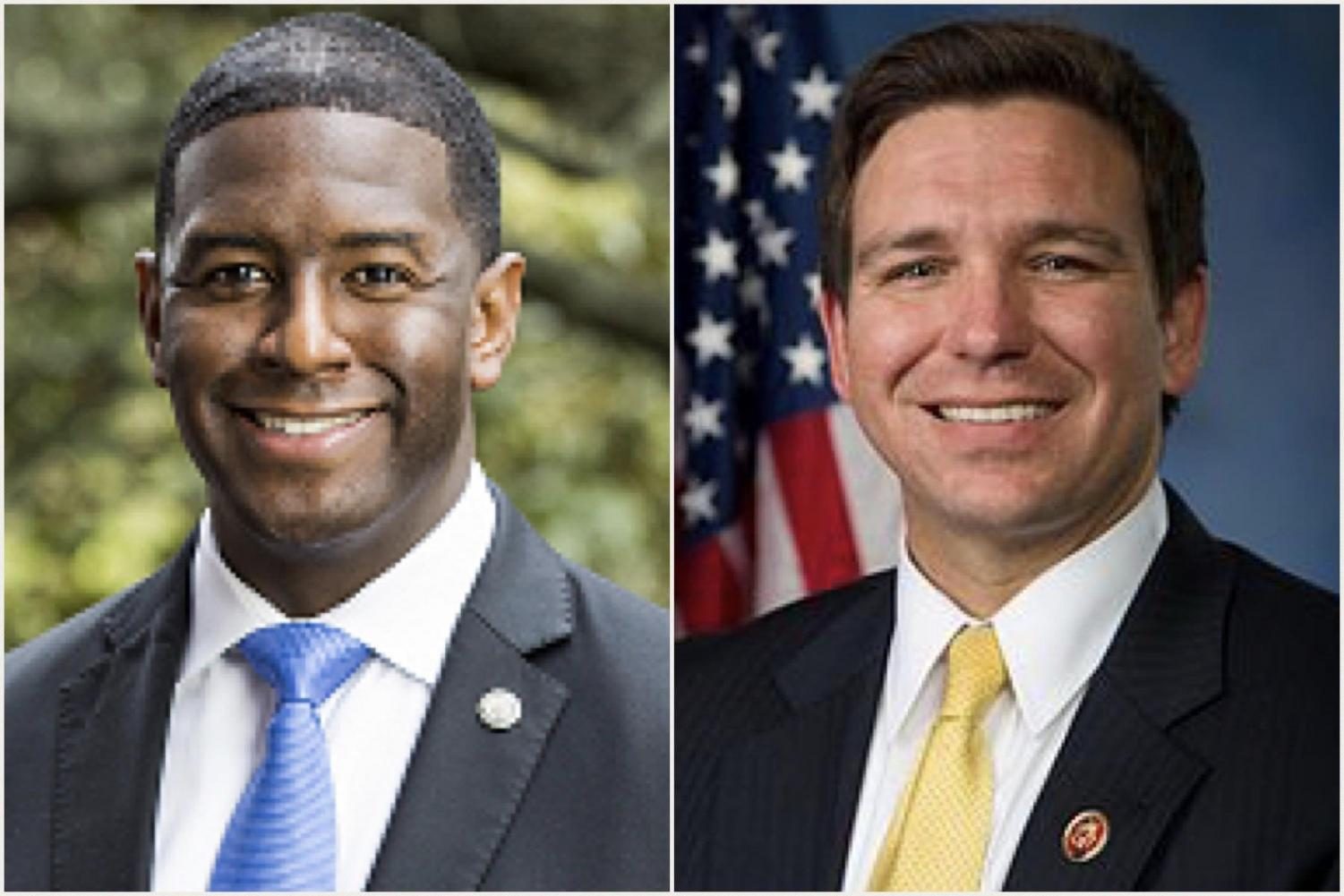 Get out to Vote!

Sorry, there are no polls available at the moment.
Florida—Eyes will turn to the Sunshine State early on Tuesday, when polls across Florida will close before voting ends in several other pivotal states. The outcome of races there may offer some clues about how the fight for control of Congress will play out across the country.

Democrat Andrew Gillum and Republican Ron Desantis are facing off as the midterms are rapidly approaching. On November 6th the general election for the state of Florida will take place and it looks to be a very tight race for a very important swing state for the presidential election of 2020. The governor’s race in Florida, the third most populous U.S. state, has sparked national media attention, as it pits an unabashed progressive against a conservative who supports President Donald Trump’s agenda. But the intrigue extends well beyond the contest between Democrat Andrew Gillum and Republican Ron DeSantis.

Gillum hopes to turn swing state Florida blue after a disastrous outcome for Florida Democrats in the presidential election of 2016. Desantis is fighting for the Republicans too to keep this state red for years to come. Also up for grabs is the Florida Senate seat and Rick Scott and Bill Nelson are neck for neck in a close race destined to be decided by a couple hundred votes. The Florida Senate race, between incumbent Democrat Bill Nelson and Republican Gov. Rick Scott, will not only play a major role in which party controls the Senate, but also will end as easily the most expensive contest of the midterms.

Democratic Tallahassee Mayor Andrew Gillum leads the Florida contest by the same margin over Republican former Republican Ron DeSantis, a staunch supporter of President Donald Trump. Their leads fall within the 5 percentage point margin of error for likely voters. While it is playing the undercard to the main event between Republican Ron DeSantis and Democrat Andrew Gillum, the matchup between Scott and Nelson has national implications. The party that controls the Senate not only will be able to steer the legislative agenda on Capitol Hill but decide the future of Trump’s executive branch and judicial nominees. If another opening occurs on the Supreme Court, senators will be able to confirm or reject the president’s nominee by a simple majority. The attacks from both candidates against the other have been relentless and sharp. Almost all of those broadsides have been launched on television and digital ads that were echoed in one debate they had last month.

Florida plays host to key Senate, House and statewide races in Tuesday’s midterm elections. The swing state has always been an important bellwether, and could provide some early clues into the national mood on Tuesday night. Democrats hold slim leads in Florida’s pivotal statewide races in the final push to Tuesday’s midterm elections, a poll released Monday found. Since local issues and specific candidates have a large role in race outcomes, Florida’s results may not fully capture what happens nationwide as the major parties jockey for control of Congress and several key governor’s offices.

Either way, this influential election will impact Florida for the better or the worst.