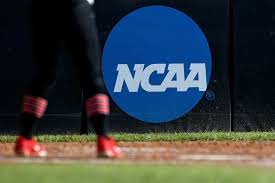 University colleges make tons of money off of college athletes. How much? Billions. of money off athletes, however, none of the money goes to the individuals that train sweat practice and devote their lives to being at the top of their game.

According to Steve Cameron, athletes that play these sports don’t benefit from all that money. In an article in The Business Insider, there is nothing wrong with a sporting tournament making large amounts of money, but there is something wrong with billion-dollar sports enterprises where the athletes are not paid a penny, therefore, athletes are working their behinds off in college sports to be the best they can be and get nothing in return. They are the ones making all the money for the college so why aren’t they getting at least a portion of these funds?

However, all of this could change. This past August, CA governor who just signed a law that will allow college athletes to benefit from endorsements.  Meaning that California is the first state to pass a law letting student-athletes make money from their sports. This breaks with the NCAA prohibition on students profiting while playing. This goes against athletes and colleges can make money from the use of their names and images.

Other states now want to join in on this movement. For example, as said in 11alive. With this legislation, Georgia joined a rapidly growing number of states that have similar legislation, or are in the process of doing so, including Florida, New York, South Carolina, and Minnesota. Georgia and other states are all now coming together to try and make this a national movement.

But the NCAA is trying to strike back. According to their websites, the Board of Governors pushed back hard against the bill saying that it would leave the playing field for universities of different sizes radically uneven. They are saying how all the good athletes that only will flee to one school instead of different ranked people are all on one team just so the colleges get more money. CA governor is trying to help these athletes out by making sure they get paid.

Girl basketball players don’t pay at all so as some side is an option should be endorsements players come from poor families and need money to provide for the family. In the male-centric sports world, where the likes of LeBron James scores $65 million in endorsement deals, female athletes have largely been an afterthought. This is stating how much females really make after men in society.

All in all, universities shouldn’t be worried about endorsements that are made of money