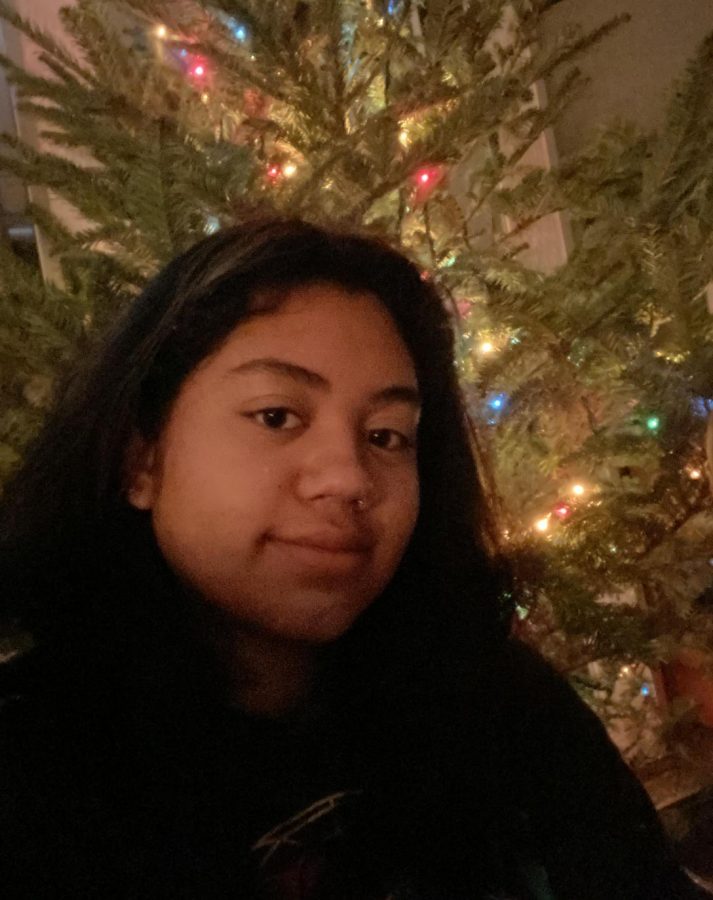 Liani Moran patiently waiting for her presents by the Christmas tree.

All I Want For Christmas is: A New School System

Liani Moran’s Christmas list is pretty short for a 17-year-old: new shoes,  a new phone case, and a new sweater. When asked if you could have something for Christmas, but it can’t be something that comes from a store or that you can buy, what would it be?

She says that the schools systems now are horrible and she believes they don’t really teach what needs to be taught for students.

Moran says that during her 12 years of being in a public school that it destroyed her mental health. She believes that the school system doesn’t let students have the freedom to voice their opinions out to the world.

“I’ve been in classes where I felt very restricted because I couldn’t voice how I really felt because others wouldn’t have liked it or approve of it , and that’s not how the real world works,” said Moran.

She  feels the environment created inside classrooms are based on standardized tests and that you have to have the highest grades to be considered smart.

“They keep us trapped in this little bubble saying to us the only way to live the perfect life is if you get good grades and go to college, which it isn’t the case for everyone in society,” said Moran.

Moran says that schools need to focus on ending standardized testing and focus more on the necessities we need to live out in the world like buying a house, starting a business, and teaching students how to build their credit when getting a credit card.

“I literally think school is a joke,  I’ve learned more during this pandemic about real life rather than what school taught me,” said Moran.

“I want future generations to have a better school system because the school system we have now don’t give kids any creative or mental freedom,” said Moran.

Moran believes the only way that the school system can change is if they are built new, starting with changing what classes should be required or not, removing standardized tests, and improving the classroom environment.

“It all starts small but if we get it to change as soon as possible, maybe soon enough the whole country will have a better school system for our future generation of students,” said Moran.