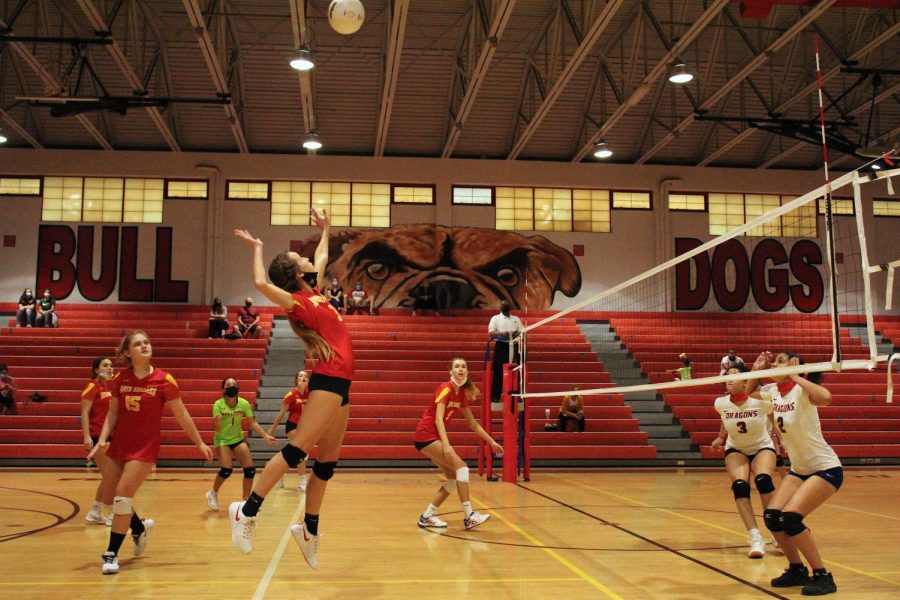 Isabel Gleeson, SBHS senior, gets a set and puts the ball away.

The girls volleyball team ended their season with 5 wins and 6 losses, landing at rank 52 in their state division.  Seven of of the 14-member team are seniors, including Tina Franco, Isabel Gleeson, Taylor Scirghio, Samantha Halprin, Jolie Knight, Sasha Staszewski, and Mikah Combs. Their departure will leave a void.  Due to the stress of life during a pandemic, several games were canceled. But the team played on, in a  very condensed season, cutting practices and doubling up on the games by playing two or three times a week.