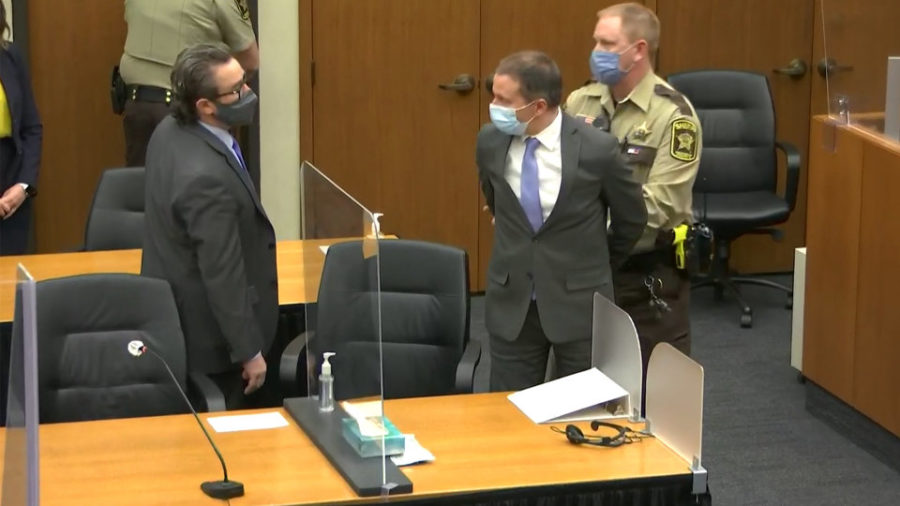 As I stood in the kitchen, I adjusted my stance to see past my dad on the couch. In front of him was a jarring view on the screen of officer Derek Chauvin kneeling on the neck of George Floyd.  For the entirety of 9 minutes and 29 seconds, our eyes were fixed on the television as we saw the officer murder Floyd while the shaky voiceover of the newscaster played.

I am so relieved that Chauvin was convicted, and may very likely spend the rest of his life in prison. It gives me hope for the future knowing that the law and court systems understand the severity of police brutality and cruel acts of racism.

However, it does not sit right with me knowing that none of the convictions against Derek Chauvin suggest that the murder was at all intentional.

By definition, second and third degree murder and second-degree manslaughter do not suggest that Chauvin killed Floyd on purpose. It is very clear that when Floyd screamed “I can’t breathe”, that he was being choked and slowly losing life. Chauvin knew this, and continued to kneel on him until he was dead. A more severe sentence should’ve been placed.

A claim in Chauvin’s defense during the trial suggested that Floyd died because of unrelated medical reasons. This was unanimously rejected by the jury. I will never understand how people can watch the videos of the murder and affirm themselves that Chauvin was insignificant in his death. Chauvin visibly and clearly murdered George Floyd.

Although the charges against him were an understatement in my opinion, I am just as comforted as everyone that Chauvin is being convicted. A chant was heard after the results of the trial were released, saying “All three counts! All three counts!” from a big crowd that was happy to hear the sentencing.

I know I am not the only one who’s perspective on the world has completely shifted since the murder of George Floyd; and there were many before him. Daniel Prude, Breonna Taylor, and Stephon Clark are just a few of the many people of color who lost their lives because of racist acts of police brutality. Their murderers were not charged. I think it is incredible that citizens over this past year have changed the way the court and law systems perceive these officers because of Floyd. We can see change finally happening, but we are far from the end of this fight.