HELP WANTED: You can’t attract and retain quality teachers unless you pay them 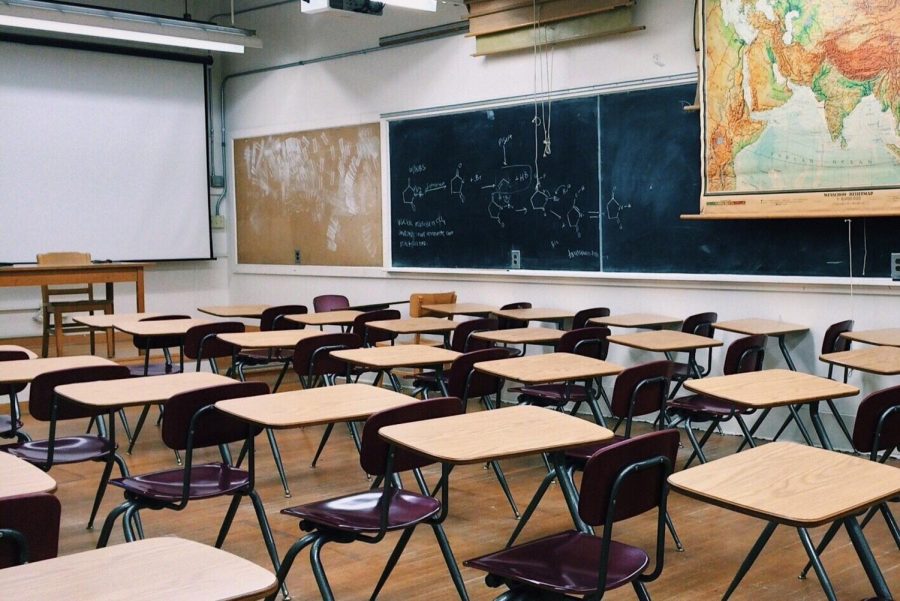 Last year in October, when teachers were called back for instruction in person, my biology teacher took a leave of absence. For the rest of the year, I had three substitute teachers for a core class with an End-of-Course assessment (EOC) at the end of my school year. I basically had to teach myself a required course for graduation with one of the hardest end of course exams. Even though I studied reviews online for hours, I barely passed.

This year, a senior at my high school is going through this exact situation. Since the first day of school on August 18, she has had five substitute teachers for her anatomy class. The last few months, she has been reading from the book and doing pointless worksheets – and she’s not the only one.

There is a critical teacher shortage and it’s overwhelming teachers and non-certified substitutes. They are being called in to fill vacant spots, to cover extra classes and to deal with an absurd amount of students in those classes.

According to the FEA (The Florida Education Association),  Florida is about 5,000 teachers short this school year. That means that this year more than 450,000 Florida students started school with a teacher that is not qualified or certified in their classrooms.

In my own district, Broward, there are currently 400 open positions for teachers. As well, in a recent Broward Teacher Union (BTU) board meeting, BTU President Anna Fusco, announced that 200 teachers retired or left the profession this past year and it’s about to get worse.

Nationally, The American Association of Colleges for Teacher Education reports that there was “a 23% decline in the number of people completing teacher-preparation programs.”

A research survey by ACT, a standardized exam that is used for admissions in colleges and universities, reported only 5% out of 2,400 of high school students were interested in becoming teachers.

And it’s no wonder. Teachers work long hours, deal with overcrowded classes, and bonuses determined by how well students do on standardized tests. All for a salary that doesn’t pay a living wage. According to the National Education Association, Florida is listed as one of the lowest average salaries for a teacher.

Florida could do an abundance of things to solve this pressing issue. For example they could simply pay teachers the income they deserve. Currently, Florida ranks number 49 in the nation for teacher pay, with an annual salary of $48,000-$49,000.

Since Florida is considered a “low tax state,” we can raise taxes for school fundings. This would create an opportunity for teachers, state-wide, to earn the amount they deserve.

Furthermore, school districts can look into more government pandemic funds for teachers and programs that support mentoring for new teachers.

Another thing they could do is reduce or eliminate standardizing testing. According to the American School of Education, standardized testing measures a pass or fail rate rather than academic progress. As well, oftentimes school funding is linked to students pass rates. These schools tend to serve poorer communities, and therefore, are punishing those schools that need it the most. If you remove standard testing as a whole, teachers receive less pressure and more time with their students.

The fact is children will not learn properly without a full-time teacher who is trained in the subject and dedicated to educating their students. In 1996, The University of Tennessee conducted a study on the lasting impact teachers have. It found that as teacher effectiveness increases, lower achieving students are the first to benefit.

As a student who has real-life experience, my schooling heavily depends on an experienced, teacher who is passionate and not so stressed out. We are preparing the next generation of American citizens, and by the looks of it, it’s not going to be pretty.