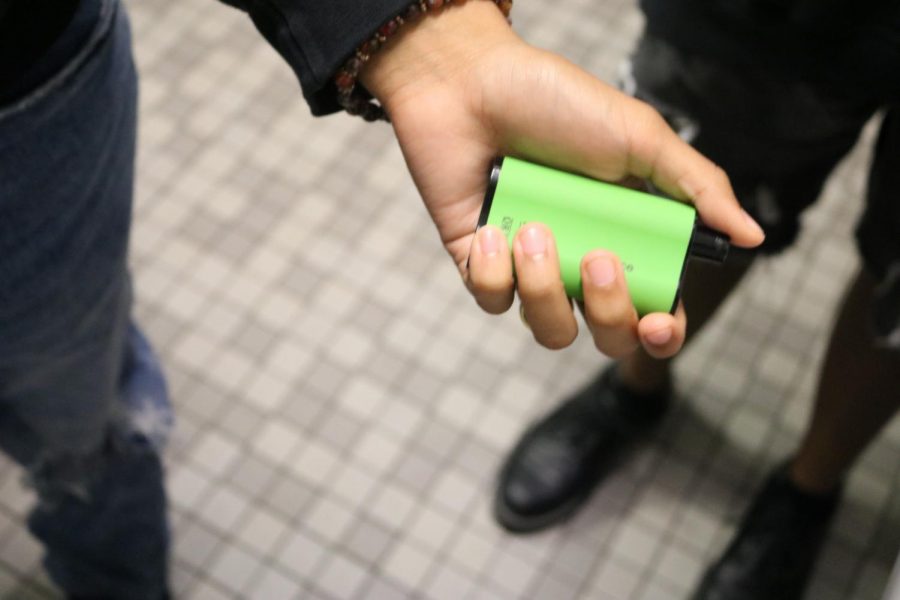 Back in January, an anonymous SBHS student experienced a grating pain in her throat. It hurt so badly, she couldn’t even talk. Her parents took her to Joe DiMaggio, where she stayed for a few days and was later released with instructions to rest her voice.

“I didn’t want to admit it, and my parents don’t know, but I think it had to do with the fact that I vape,” said the 14-year-old freshman.

The teen vaping epidemic has taken the world by storm, and South Broward High School is no exception. Anonymous is one of many students at SBHS that vape. While she prefers to vape nicotine everyday, she will occasionally vape weed.

The vapes, or ‘nic’ as it is referred to by the students, are a common sight in the halls of the school. Anonymous says she knows more than 50 teens who vape. Almost every student either vapes or knows someone who does.

In December, the U.S. Surgeon General issued an advisory to talk about the rising cases of young teens vaping.

“In the data sets we use, we have never seen use of any substance by America’s young people rise as rapidly as e-cigarette use is rising,” said Alex Azar, Health and Human Services Secretary.

Anonymous also knows, B, another anonymous freshman who vapes at school. B also admitted to vaping every day, but said he prefers weed, even though it costs more money.

“A gram of weed usually costs $50 depending on who you buy it from,” said B.

Typically, disposable vape pens cost $20 and can be purchased at gas stations or smoke shops. B mentions he usually smokes at his friend’s house.

“My friend’s parents know we smoke, but they don’t care,” said B.

While the student believes that vaping hasn’t impacted him, he does think that weed has worsened his memory. He said he started smoking weed because the dealer that sold him his first vape also sold weed.

“I’m not planning on quitting anytime soon,” said B.

The Center of Disease Control and Prevention says that over 2,172 cases of lung injury have been reported due to e-cigarettes. Whether a student vapes because of stress, or simply because they like it, it doesn’t change the fact that it is not allowed on campus. SBHS administration is very aware and working to stop the problem.

Assistant Principal, Mr. Daryl Baker has caught students vaping ‘nic’ and THC on campus; the cartridge is a pre-filled, disposable container filled with strains of THC oil. Once the oil in the THC cartridge reaches a certain temperature, it vaporizes.

While there are consequences to using vapes of any kind on campus, THC is considered a misdemeanor.

“If it’s THC, it’s taken out of our hands. They have to go to mandatory drug counseling, and they have to go before a judge,” said Baker.

Mr. Baker says that COVID has not impacted the increase of vaping at school.

“They were vaping before COVID. If anything,” said Baker, “It’s about easy access, it’s something small and simple to get a hold of.”

Baker and his team have taken measures to investigate why there is excessive vaping during school. They stay active during lunch periods and take precautionary counseling for the student to eliminate the problem.

Although she hasn’t caught anyone herself, SBHS Principal Mrs. Patricia Brown has seen students getting caught vaping on campus.

“It’s sad, from my understanding a lot of students are doing it as a way to cope with anxiety and stress,” said Brown.

Administration turns to a special program they call “izone,” hosted meetings are held every month to help educate staff and parents about what’s going on with their children. They discuss various ways to help students and get them the help they need. With the help of our community, we try to unite to get rid of the issue at hand.

On our campus, Principal Brown says that they place people strategically around the school as well as educating teachers and staff on behavior that may indicate a student is vaping. Once caught they’re penalized and given the appropriate repercussions.

“Internal suspension is given for the first infraction and progressive discipline if the problem continues,” said Brown.

” The goal of the faculty and staff is to prepare our kids to be college and career ready. The last thing we want to see is our students have criminal records for drugs/vaping. If you need help with battling addiction, we are happy to help, ” 10th grade, Assistant Principal, Mr. Winburn. 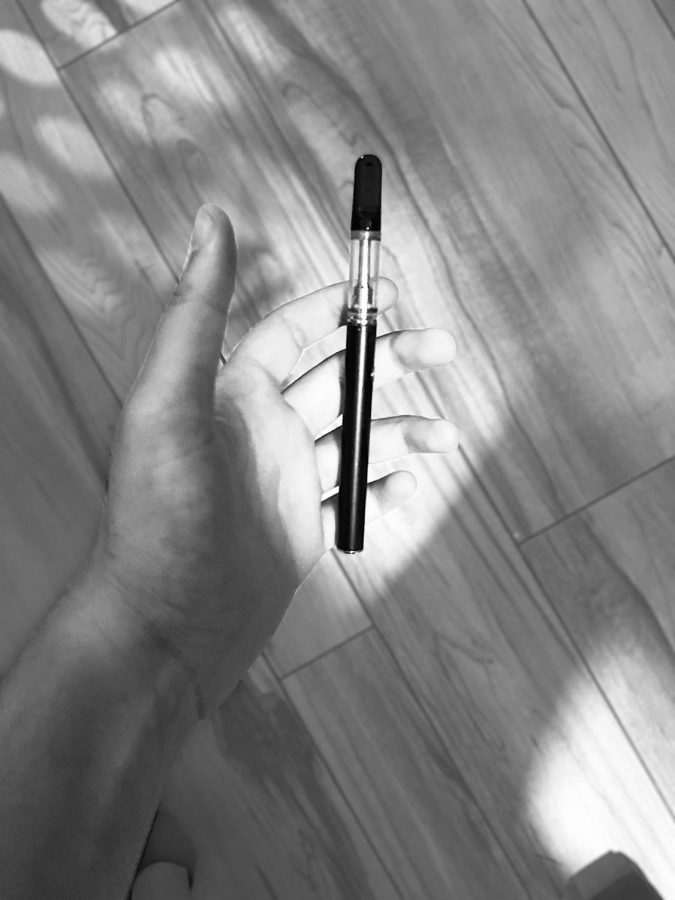 Gallery|3 Photos
Maria Capellan
Students use "carts" as a way to smoke weed in school because, its easier to carry and use with almost no smell. According to the NIH,"Over the past year marijuana use rates remain steady among teens (35.7% among 12th graders; 28.8% among 10th graders; and 11.8% among eighth graders)." 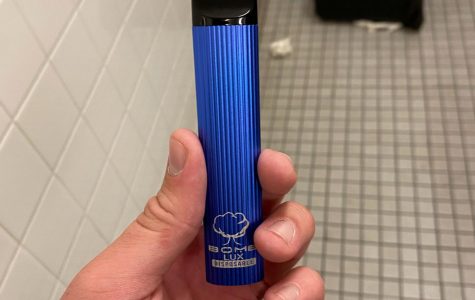 A new epidemic of vaping has spread across America, affecting teens in middle and high schools nationwide; and South Broward High School is not an exception. For years now, various school boards throughout the country have been working to try and solve this problem. At South Broward, administrators are concerned about the number of students involved with vaping and feel that the stakes are too... 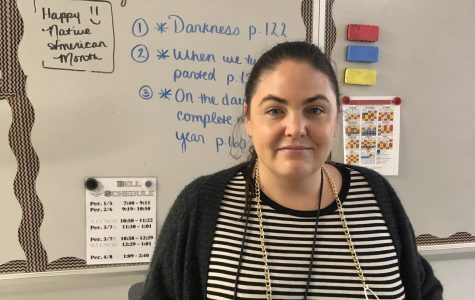 High schoolers aren’t the only ones familiar with teen vaping,  teachers are also well aware of the problem. SBHS teacher, Marie Curr, doesn’t vape herself, but she’s concerned that any one of her students could be vaping, without necessarily knowing the effects it can have on them. The first vaping product was created in 2003 by a pharmacist, inventor and smoker, named Hon Lik, who worke... 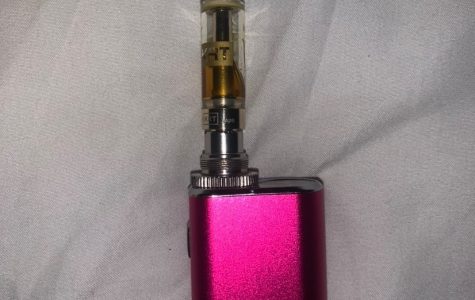 J is a 15-year-old freshman at SBHS who vapes every day. He thinks it helps  him, but he doesn’t know that it's harmful to his health. “I love vaping because it makes me feel happy," said J. According to a new survey in the U.S. National Institute of Health, found an alarming rise in the number of teens who tried vaping last year. Studies suggest that vaping may be driving an increase in... 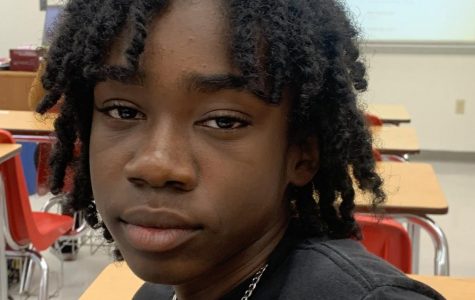 Vaping Is Not for Rubin Obas

Vaping is affecting thousands of teens today. Almost 37% of teenagers vape, this does not include Rubin Obas, who thinks it’s bad for your health.  ‘‘I don’t want to die,’' said Obas. Obas believes that vaping is addictive and the CDC agrees. According to a study done by the CDC, using nicotine in adolescence may also increase the risk for future addiction to other drugs.  Vap... 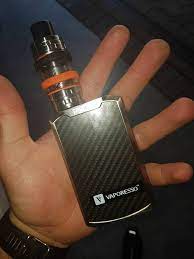 S.R. is a junior at SBHS who only vapes weed every now and then. However, she doesn't vape nicotine.    "Vapes you get from the corner store or smoke shop are contained with nicotine, and I know nicotine is a substance contained in cigarettes,” said S.R. She says she's not irrational without weed, however she does think it helps her focus and get things done. She likes the feeling weed gives... 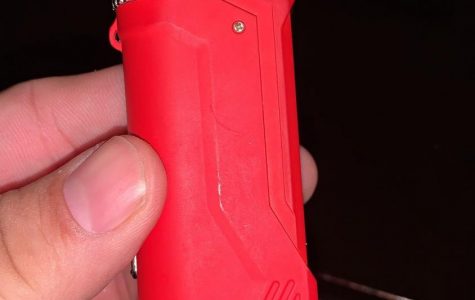 Risk of another epidemic: teenage vaping, a new way for teens to “release stress”, but is it worth it? “I don’t vape, personally I feel like it’s bad for you and addicting,” said Zair De Faria, an SBHS sophomore, who witnessed his own classmates become addicted to E-cigarettes. Teen vaping remains a major concern for health experts worldwide. “My worst fear is to get addict...