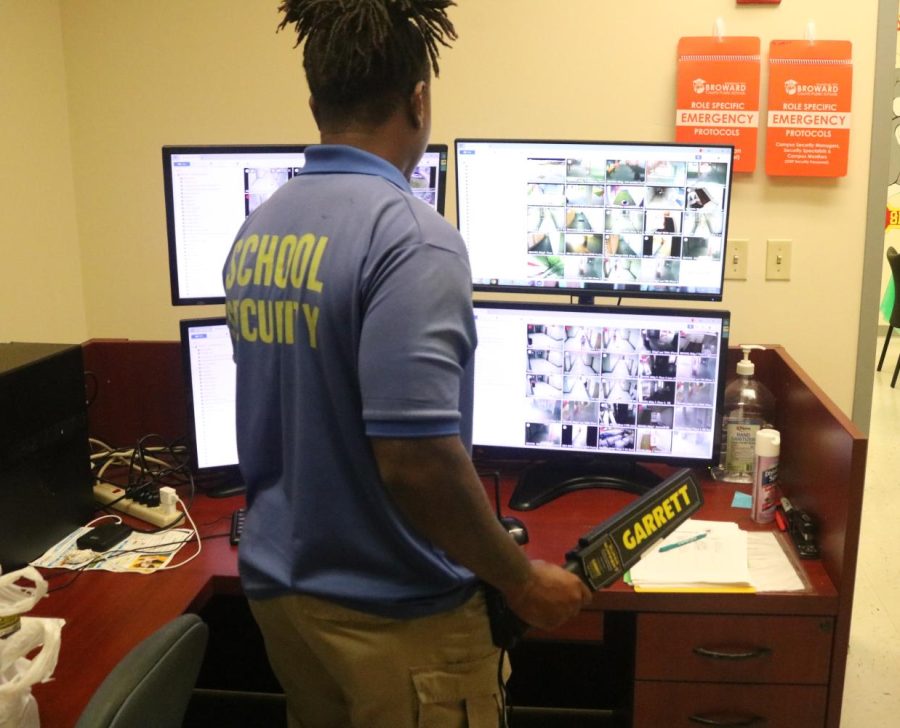 Security officer, Mr. Balvin Smalls, monitors the halls of South Broward with the new handheld metal detectors that the school board approved to have at all Broward County Public Schools.

After an increase in weapons found on school campuses across the county, BCPS school board members voted on January 12th to approve the use of hand-held metal detectors on campus in all high schools in Broward County.

School board member Debra Hixon, who lost her husband in the MSD shooting, believes the metal detectors will be a great tool in preventing weapons on campus. She believes that people are less likely to bring weapons to school if there’s a greater chance of being caught.

“The purpose is to deter people from bringing it in the first place,” said Hixon. “When you have an alarm on your house, people can still break in, but they’re less likely to try if they see you have security.”

She said that wanding will not be a daily occurrence, and that the security office from the district will decide which classrooms to randomly check on any particular day.

“It’ll be a random approach, they won’t need to come to the school otherwise unless there’s an immediate concern,” said Hixon.

But SBHS students aren’t so keen on the idea of being randomly wanded. Junior Josiah Sanchez thinks the metal detectors may be more trouble than they’re worth. He questioned the accuracy of the devices, and wondered if they would cause unnecessary panic.

“I have an altoid tin in my bag that would probably be set off by the detectors. Then what? My bag gets dumped on the floor?” said Sanchez.

He says he understands why the devices are coming to South Broward High School, but still thinks it’s an invasion of privacy.

“It’s a necessary evil, but we have to think about how it would affect people that don’t bring weapons to school,” said Sanchez.

Hixon explained that students and their bags will be wanded separately, and in the event a detector goes off, the student will be brought into another room to be searched thoroughly.

She acknowledged that random searches would not be entirely effective in actually finding weapons, but said that wasn’t the goal.

“The detectors are going to be more of a deterrent than anything else,” said Hixon.

Another student at the school, A, who wants to remain anonymous,  is worried about the metal detectors for a different reason. She brings her vape pen to school daily, and thinks it may cause a detector to go off if she were scanned. However, she says that will not deter her from keeping her vape pen on her person throughout the day.

“I’ll be grounded forever if I get caught, but it’s worth it.” A said.

She says she intends to find sneakier ways to smoke her nicotine during school hours, but isn’t overly concerned with getting suspended.

“They’re not going to expel me, it’s not THC or anything,” said A.

The use of the detector’s is expected to be implemented sometime in the spring. And while students may have concerns about the new security measures, some administrators see it differently.

Mr. Deanis Waters is head security at SBHS, and he explains that students will be searched by a security member who’s been trained to use the metal detector properly.

“There’s a wanding course that they’ll all have to partake in,” said Waters.

He said he understands why some people bring certain objects to school that may be considered a weapon, but hopes the addition of the new detectors will put a stop to it.

“Through my years of work people have carried things like pocket knives around like a sort of habit,” said Waters. “So, when they know things like that are going to be detected and can get them in trouble, it’ll be a reminder not to bring it.” 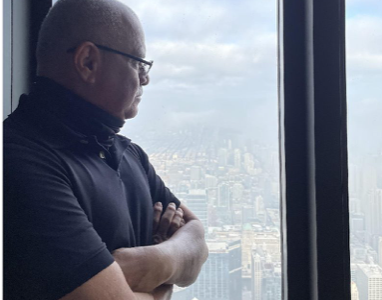 Starting in the spring of 2022, new security measures are being introduced to Broward-County Schools. Random metal wand searches are being implemented along with new smoke detectors, and more security. According to former Broward County Police officer, Jose De Faria, "I do believe it is necessary to be completely honest. It decreases the risk of having weapons on school property, and that is e...