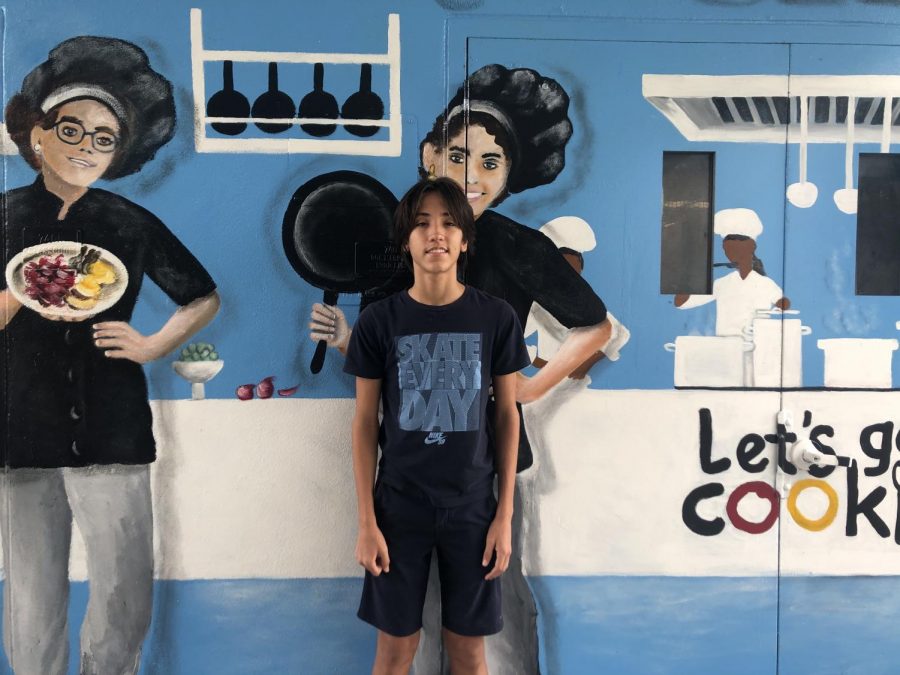 Moniz is a 14 year-old 9th grader that goes to South Broward High School. he’s afraid of sharks, he says that they look strange to him. He  would like to be an NBA player but also wishes to have a well paying job like,

He likes to play basketball for fun. his dad is from Hawaii and his mom is Texan, he also has a little brother. Moniz regrets not doing a lot of work in 8th grade, he wishes he was a more focused as a  kid and took more advantage of his education. He loves his family very much because they are supportive of his every step.

“My family has my back and every step i take they support it,” said Moniz

His favorite type of music is R&B and rap, his favorite rapper is J Cole because he is very inspirational and  chill, also his favorite color is blue he like it because it reminds him of the ocean and his childhood and he thinks it is a relaxing color. Moniz will keep doing what he has to do to be successful in life.