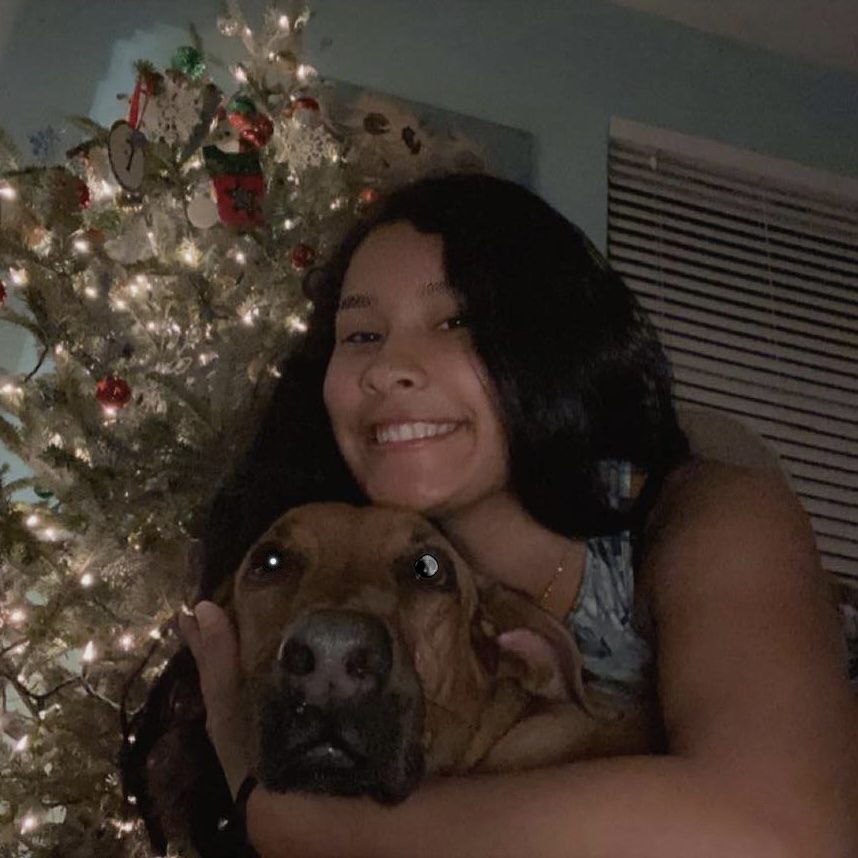 Fabiana celebrating Holidays with her dog.

All I Want For Christmas is: Men To Stop Sexualizing Women

Fabiana Linares is a typical 16-year-old who’s surprise request she’d like to have for Christmas is for men to stop sexualizing women.

“I feel like a lot of women have been or felt harassed by men at least once in their life for just being a woman,” said Linares.

She said that there’s been many occasions where she has been or seen other women being harassed many times just because of the clothes they are wearing.

“I can’t dress how I want and go to a public place without men looking at my body or saying nasty things at me,” said Linares.

She says she wants everyone to understand how it feels so uncomfortable to be sexualized, because it’s something that is not right and shouldn’t happen. One way it could be solved is if parents start educating their children when they are young and teach them that doing that is wrong.

“I hope it could happen not just in the United States, but in the entire world,” said Linares.

She also wants men to stop sexualizing women as soon as possible.

“So women can go out without worrying about what they are wearing out in public,” said Linares.