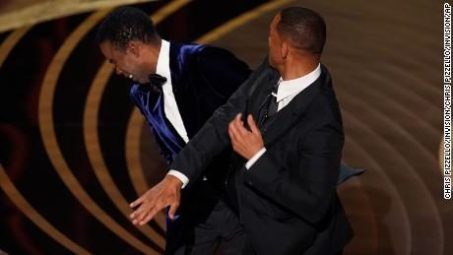 Will Smith harshly slaps Chris Rock during the 2022 Oscar ceremony on live television.

The Slap Heard Around The World

While the joke seemed lighthearted, Jada Smith appeared annoyed by the joke and her husband, actor, Will Smith laughed at first, after seeing his wife’s reaction, he walked up to Rock and slapped him hard across his face. The audience was stunned. Rock quickly composed himself after Smith walked off stage and back to his seat.

Shortly there after, the program resumed and Smith was awarded Best Actor for his role as the father of tennis legends Serena and Venus Williams, in the movie “King Richard”. He proceeded to give a lengthy speech thanking everyone for helping him get this Oscar, while apologizing to everyone for the outburst, except Rock.

The day after, while scrolling through Instagram, it came across my feed as a meme. The meme was a clip of Smith laughing at a joke and then pausing as a girl sitting next to him gave him a glare. I jumped to the web and found a video of the now famous slap.

When I watched the video I thought Smith’s reaction was unnecessary and kind of brutal. Instead of going up on the stage to publicly embarrass and assault Rock he could’ve sat down next to Jada and said that she was beautiful in his eyes and it didn’t matter what anyone else thought. However, not a lot of people knew why she looked really irritated at the joke. It was later revealed that Jada Smith was suffering from alopecia.

This event highlighted that something is wrong with Will’s marriage as well. He felt that he needed to go up there and slap Rock across his face after looking at Jada’s reaction, almost as to prove that he really does love her.

Around South Broward, students and Community members had varying reactions to what transpired at the Oscars. 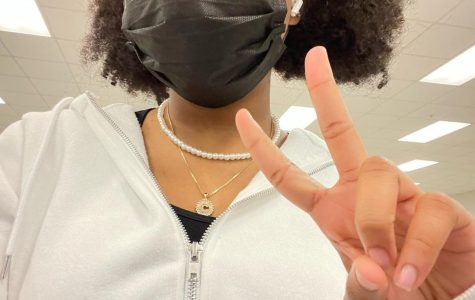 The Slap That Stunned The World

I’m sure we’ve all seen the world gasp after Actor Will Smith smacks Chris rock in the face after His “ G.I Jane “ joke was made towards his wife Jada Smith. There are many questions on what went down that night. Let’s see what one of South Broward's students think about the event that's taking over the world right now. 18 Year old Cassandra Green is a senior who was actually wat... 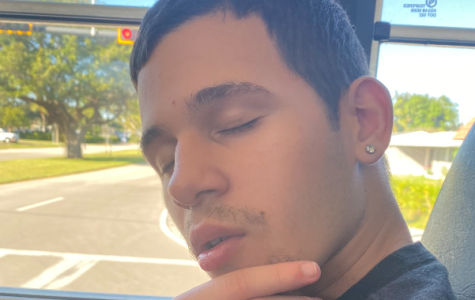 Justin Fernandez is a sophomore at South Broward High School who thinks that Will Smith was absolutely wrong to slap Chris Rock in front of a lot of celebrities at the oscars. He thinks Rock was just doing his job.  “I definitely think it was wrong and unnecessary,”said Fernandez”.It  it was a big event and there were a lot of celebrities and Christ Rock is mainly known for making people... 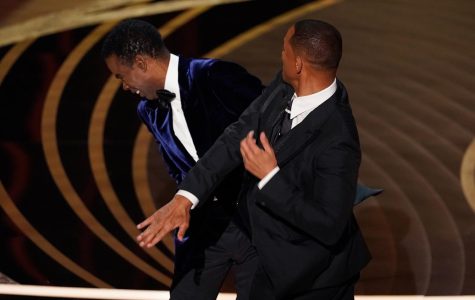 Smith vs Rock: Who’s Side Are You On?

The sound of the slap fills Emilia Mateo’s room as Will Smith slaps Chris Rock across the face after making a G.I Jane joke about his wife. This left thousands of people around the world shocked.  “I personally feel like both of them were wrong,” said Mateo. “Chris was wrong for making the joke and Will was not in the wrong for defending his wife, but i personally feel like the slap wasn... 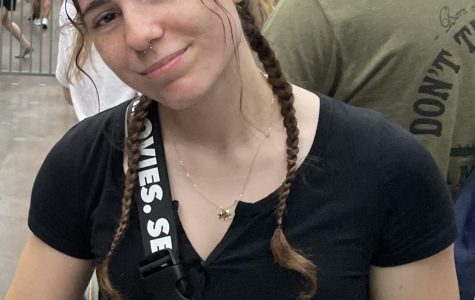 Christina Kostadinova talks about the slap

Christina Kostadinova is a senior at South Broward high School, and she was watching the Oscars and saw Will Smith got mad and walk up on stage and slap Chris Rock across the face.   “I was shocked to see will smith act so aggressively towards someone else,” said Kostadinova. Kostadinova was under the opinion that Smith thought the joke was funny because he was laughing at first. She wondered why...